The first single released with the album announcement is the semi-title track, Hardwired.

The album is scheduled to be released on November 18th. It can be pre-ordered here.

A limited colored vinyl version can only be pre-ordered on Metallica.com and a three disc deluxe box set is also only available there as well. Be prepared to fork over $60 plus another $15 for shipping for the box set.

If you are looking for more of the long complex song from Death Magnetic you maybe disappointed with Lars Ulrich describing the new album as “a little leaner and shorter than the last go-around, and slightly less progressive.” and “more one-dimensional”.

But it can’t be as bad as St. Anger right? right? 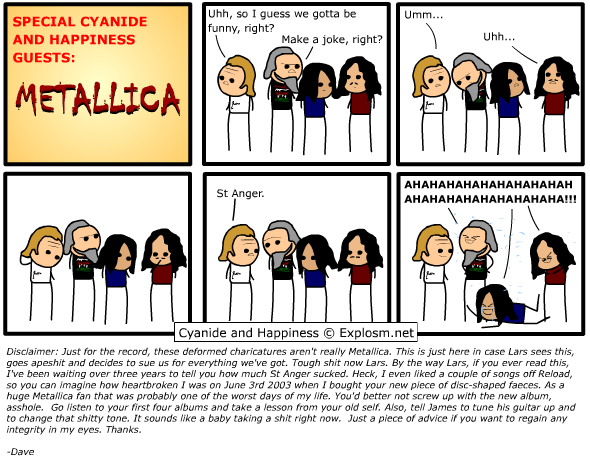 Become a Gentleman Nerd
Stay up to date with the latest entertainment news and updates.

Rogue One DLC Coming To Battlefront

Get A Sneak Peak Inside Final Fantasy XV With Conan

Try The Rogue One – A Star Wars 360 Experience

This Is the Most Apple Product Ever

ABOUT US
Gentleman Nerd is your source of all nerd news
Contact us: [email protected]
FOLLOW US
© Copyright 2016 - Gentleman Nerd